DEPRECIATED: The setup in this article has been superseded by a newer, better version as per the link below:

Building a Kubernetes cluster for the lab at home or at work doesn’t have to be complicated. Below are the steps to create a 3-node cluster (1 master + 2 workers).

Install three copies of Ubuntu 18.04. I used VirtualBox + Vagrant (and the image “ubuntu/bionic64”) to create mine. My nodes are named as follows:

Be sure to disable swap. Kubernetes won’t work if it’s enabled. This can be done by commenting out or removing the entry for swap in /etc/fstab followed by a reboot. Temporarily it can be turned off with “swapoff -a”.

On all three nodes, download the Google apt key and add it:

We also need Docker on all three nodes. Install it and enable the service as follows:

On the master (k8s-c3-n1 in this case), enable the kubelet service:

Now let’s initialize the cluster with “kubeadmin init”.  This is done on the master node. Note some detail about the two variables we need to provide:


The “kubeadmin init” will result in output similar to the below. Make note of the “kubeadmin join” string as it’s unique to your installation and we’ll need it whenever registering worker nodes:

To start using your cluster, you need to run the following as a regular user:

You should now deploy a pod network to the cluster.
Run "kubectl apply -f [podnetwork].yaml" with one of the options listed at:
https://kubernetes.io/docs/concepts/cluster-administration/addons/

You can now join any number of machines by running the following on each node as root:

Let’s finalize by running the commands as suggested in the “kubeadm join” output. This is done on the master node – same as we used for ‘kubeadmin join’.

Congratulations – Kubernetes is installed! However, there is still a little bit of work to be done. First installing a pod network and then adding our two worker nodes.

We’ll use Flannel for this example. There are other network solutions available too, but this worked well for me in my lab, and it’s both quick and easy:

Finally, let’s join our two workers to the master node by executing the “kubeadm join” string which was provided by our “kubeadm init” earlier.

On each of the two worker nodes, execute the “kubeadm join” string that is unique to your installation. For me it was as follows:


Let’s see if the three nodes are visible. On the master node, execute “kubectl get nodes”. Output should be similar to the below:

It may take around 30 sec to a minute for the workers to reach “Ready” status,  but that’s it – Kubernetes is installed and ready.

We can now deploy containers / pods and they will be scheduled to run on the worker nodes. Note: There’s no load balancer or other fancy stuff installed by default so it’s pretty bare-bones 🙂

Let’s verify that our cluster works by deploying a container with a web server.

On the master node (“k8s-c3-n1” in this example), deploy the “httpd” webserver using “kubectl run”. I picked the name “httpd-01” for this pod. This is arbitrary so feel free to use any name that makes sense in your installation.


We can now check that it’s running with “kubectl get pods”:

Since this is a web server we want to expose port 80 so it can be accessed. This creates a service which has to be named. I picked the name ‘httpd-01-http”, but chose any name that makes sense in your installation. Note that we’re referring to the name we gave our our pod at deployment: “httpd-01”.

Let’s find out more about our web server application / pod by using “kubectl get pods” and then “kubectl describe pod <pod id>”:
Among a lot of other information we can see it’s running on worker node “k8s-c3-n2”.

Let’s also get some information about the service we got when exposing port 80 earlier:

Since we know it’s running on worker node “k8s-c3-n2”, let’s SSH there and verify that we can get the default webpage: 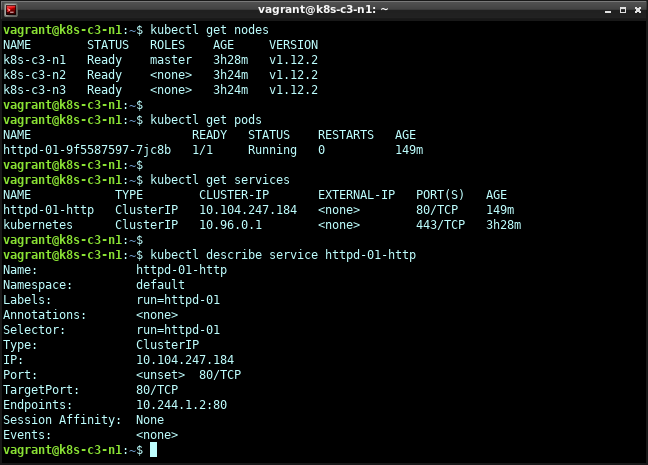 That goes both for the httpd container and for the Kubernetes cluster. Have fun!

Leveraging Google’s Tensorflow Machine Learning libraries for item recognition in images is fantastically easy to get going. The below Dockerfile will setup a container with everything required and allow the user to feed a URL to a file for classification:

Save the above into a file called “Dockerfile”.
Enter the directory where the Dockerfile is saved and build the Docker image:

This is the image we’ve pulled down: 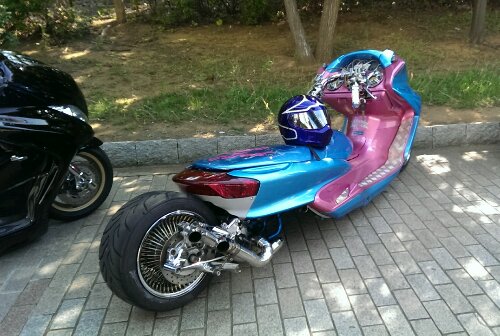 And this is the classification result:

Not too bad 🙂 Tensorflow accurately detects that the image contains a scooter, a crash helmet and even sees the disk brake on the scooter! Try with any image URL to see what Tensorflow will classify your image as. Have fun!

While I’d normally use “hostnamectl set-hostname ” to modify the hostname of a Linux box, that doesn’t work for Ubuntu 18.04. The hostname will remain unchanged. Instead, modify as follows.

Modify hostname to the value you want in /etc/hostname:

Below are some installation instructions (in particular for those who have been using the original Ansible modules).

Get the new Ansible modules for iDRAC off Github:

Get the Dell EMC OpenManage Python SDK off Github:

Remove some packages or we will run into errors during the SDK install:
NOTE: This will uninstall Ansible. Backup your /etc/ansible/hosts file prior to Ansible removal!

All done! The new Ansible modules are installed. 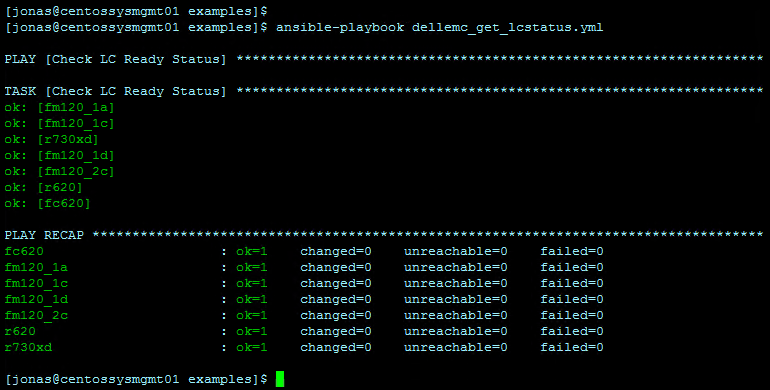